ABC’s Shark Tank is the number one show on Friday night in America. Entering its seventh season, Shark Tank has introduced viewers to entrepreneurs across the country who have taken the incredible ride that is entrepreneurship. Viewers have been both entertained and inspired by the stories of entrepreneurs just like them. Each week, the show takes its audience behind the curtain of  real venture capital negotiations between the sharks (investors) and entrepreneurs pitching for their relationships and investment dollars.

Several months ago, a friend of mine – Joshua Dubois – introduced me to the show’s Producer; Mark Burnett. Mark Burnett has over 90 credits as a producer, including Survivor, The Apprentice, The Voice, The Bible Series, Shark Tank and other shows. Joshua has worked with Mark on his shows for several years through his firm Values Partnerships.

Mark traveled to D.C. for a preview of A.D. The Bible Continues – the next step in The Bible Series. At the event, we were briefly introduced and discussed entrepreneurship.  Shortly after the event, Joshua informed me that Mark asked if we could assist him in bringing more diverse ideas and voices to Shark Tank.

Of course we agreed. We have put together a schedule and will be travelling the country to build relationships, connect minority owned companies to the casting team from ABC’s Shark Tank, and develop a strategy to support entrepreneurship around the country.

Pitching on ABC’s Shark Tank is special opportunity for entrepreneurs. The multiplier effect of preparing to pitch, the vetting process, an honest consideration of the company’s valuation, and “free” marketing to millions of viewers when the show airs can be an incredible boost to any enterepreneur’s journey; and thats before getting a deal. If a deal is struck, the relationship with a shark and their capital investment may set a business on an steep positive trajectory. In fact, it has to if the sharks are to make their money back in a reasonable time frame.

Generally, venture capitalists need businesses with a large market, a novel solution, and a committed/smart entrepreneur to make sucessful investments. The fact is, businesses with those three attributes exist in higher numbers in communities across America than we currently see on the show or in real-life negotiations. Check out these stats from the U.S. Minority Business Development Agency: 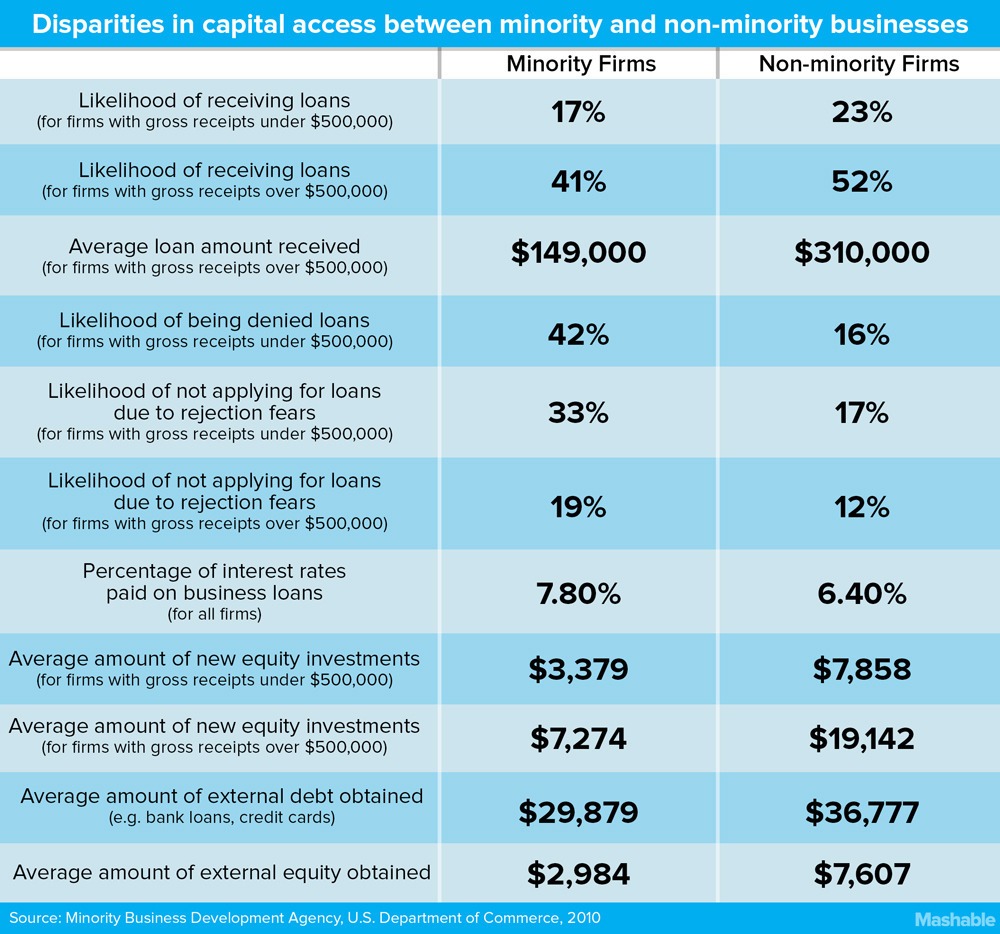 We are travelling the country to build a pipeline for entrepreneurs to ABC’s Shark Tank.  Moreover, we are building a network and collecting resources that will be activated to support entrepreneurship in the communities that need it most. Stay tuned for more.